Language school principal Christine Goodwin likes to help young people when she can.

Since opening the Northumbria School of English she has hosted a group of teenagers made homeless by last year’s Italian earthquake, and a group of girls from the Shatila refugee camp in West Beirut.

The Shatila girls, all aged 12 and 13, were performing a play written by English author Peter Mortimer. He is based in the same area of England as the Northumbria School of English, but last year he went to spend two months working with children in Shatila to produce his play. 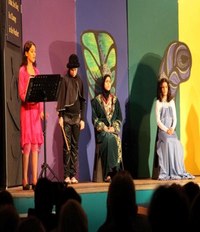 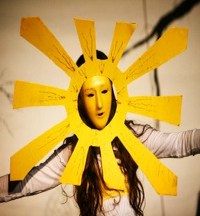 It was such a success that the Children of Shatila project is now becoming even more ambitious. Next spring Peter Mortimer will help another group of Shatila girls and boys. This time they will perform his play for a week in a professional theatre in the mainly Christian area of East Beirut. This is highly unusual for Palestinian children.

Christine Goodwin will go to Shatila to help the teenagers with their English as they learn their lines. And her daughter, Dorothy Fenwick, is going too as stage manager.

The organisers are now trying to raise more money so that the teenagers can come to the UK next spring. They hope to be able to perform at the prestigious Sage at Gateshead.

"They were an absolute delight when they stayed with me," says Mrs Goodwin.

"I saw an article about the project in our local newspaper. This is a residential school and I had space for them to stay here, at cost price. We’re used to accommodating Arabic students and providing halal food and so on.

* If you would like to help with the fundraising for the Children of Shatila, please contact Christine Goodwin at the Northumbria School of English.