The latest UK tourism insights, expert marketing sessions and how to create a feel-good and diverse workplace which boosts sales were all discussed during a very positive English UK marketing conference.

Organiser Siobhan Baccas said: "The intention was to keep the momentum of summer going at a time when everyone is planning their marketing. It's been wonderful to get everyone together, with such a positive mood." English UK Chair Mark Rendell added: "There's a really good spirit, and not only have we had lots of ideas to move us forward but also thinking about the next steps."

Richard Bradford of sponsor Disquiet Dog said the mood was different to last year, with confidence in the market and a changed focus from operational challenges to marketing front and centre. "To lay strong foundations projects need to have time to flourish and fail and we have to learn from those mistakes. To build a new market channel takes time and a steady long haul but the market is on our side and the next few years will be really strong ones," he said.

VisitBritain's Miranda McGill told the conference, held in Canary Wharf, London on 30 September, that 2022 flight bookings had started, with some levelling off in the summer as a result of supply side disruptions. They had now picked up again at a solid level of -28% of the equivalent 2019 figure. North America was performing really well, with the Middle East and Oceania often exceeding 2019. Northern, western and southern Europe were also doing well but NE Asia was not performing as it could.

One boost was that the previous forecast that inbound travel would reach its pre-Covid spend once more in 2025 – had been revised to 2024.

Miranda also revealed early details of a VisitBritain project monitoring the mindset and plans of international travellers. Among the main findings was that some of the strongest demand for visiting the UK was from long-haul markets, which were likelier to combine this with a European trip. Most wanted to see flexible bookings and ease of travel as a result of Covid, and perceptions of value of money remained a core barrier for the UK.

Value for money was a top influence in selecting a destination, as was a sense of welcome. People also wanted new experiences, which was something the UK can satisfy to a high degree, she said.

She said buzz seekers – primarily younger people who wanted to experience life to the fullest – were likeliest to lead the recovery and were more likely to identify themselves as premium travellers. 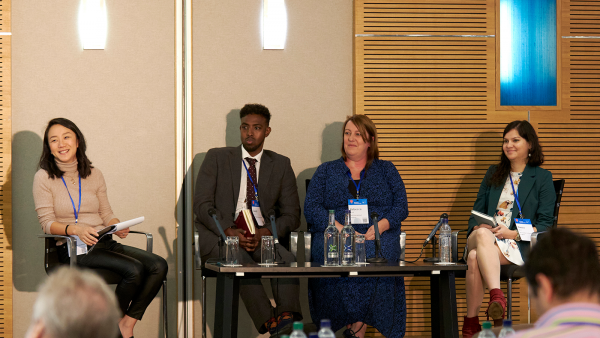 Diversity, anti-racism and working with agents

Another major session was the panel on working with agents and promoting diversity and anti-racism, which examined issues such as requests for "traditional British host families" and trainers with the Queen's accent.

Faeza Afzal said her school took students to Chinatown and Brick Lane, not just Buckingham Palace. "Wherever you are you can take students to places which are culturally relevant," she said. Saeed Adam added: "We have a responsibility to educate the next generation of leaders and decision-makers about how diverse the UK is and they can go back to their own countries and make changes… it's all about creating debates in your classroom. This is how the UK operates, how does it work in your country? That opens up debate and better understanding and learning."

Shoko Doherty talked about getting students from different backgrounds on brochures and social media, and blogs to highlight diversity. 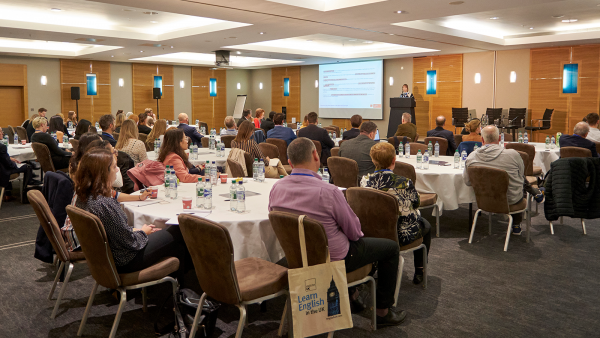 Closing speaker Linda Moir, who worked with cabin crew on Virgin Atlantic and the volunteer Gamesmakers at the London Olympics, talked about customer service and how to motivate staff.

She said her first job at Virgin was purchasing 470,000 teddies to tuck up with customers – an idea which had come from a staff member. "The unit cost was low but the value to the customer was incredibly high. In my view great ideas come from the people who work with customers every day.

"We focused on the brilliant basics and magic touches. With those, staff morale went up and so did customer satisfaction.

We couldn't pay people a lot but we tried to focus on what really mattered – so we gave staff three golden tickets to use in the roster so they could get the days off they really needed. It cost money but it was low cost, high value. The trick is to find the thing that motivates people and offer it."

Other popular sessions during the day included those on agent relationships, the Gulf and Italian markets, student interests and concerns and research into online ELT delivery.

Jane Dunn of Wimbledon School of English said: "It was useful and it's good to meet people from other schools and hear what they are saying. It's good to be in touch again."

Our Members' Conference is a forum for members to connect and help shape the direction of our association at our AGM. read more+