2012 is a really big year for the UK, and visitors will find lots going on.

The biggest event of all is the Olympics and Paralympics, which begin in August. There is also a Cultural Olympiad with a focus on Shakespeare being held throughout the country before the sporting event, which includes the London 2012 Festival which runs from 21 June to 9 September.

The Queen celebrates 60 years on the throne in June, and there are several special events in London including a river regatta. Everyone gets an extra public holiday too. And there are other anniversaries. It is the 200th anniversary of the birth of author Charles Dickens, and 100 years since a grand ocean liner, the Titanic, sank on its first voyage.

Below is English UK's guide to the major events and exhibitions being held in the UK up to and including early July.

Art: Lucian Freud's paintings are on show at the National Portrait Gallery from 9 February till 27 May. Picasso and Modern British Art opens at Tate Britain in London on 15 February and runs till 15 July.

Theatre: Noel Coward's classic English comedy, Hay Fever, opens in the Noel Coward Theatre on 10 February, musical Singin' In The Rain opens at London's Palace Theatre on 4 February, and Ibsen's The Lady From the Sea is at the Rose Theatre, Kingston, from 23 February to 17 March. The King's Speech, which was a play before it became an Oscar-winning film, goes on tour in English theatres starting in Guildford on 1 February before moving on to Nottingham, Bath, Brighton, Richmond and Newcastle. The Way of the World, a Restoration comedy with an impossible plot but fantastic dialogue opens at the Crucible in Sheffield on 2 February.

Exhibitions: As part of the Diamond Jubilee celebrations, almost 100 photos of the Queen taken by Cecil Beaton go on show at the Victoria and Albert museum between 8 February and 22 April. Click here for more details.

Cinema: Look out for the Glasgow Film Festival from 16-26 February. Find out more details here.

Dance: Rambert Dance Company revives its production of L'Apres Midi du Faune for a tour beginning in Aberdeen on 15 February. The Dream and Song of the Earth plays at the Royal Opera House from 1 February until 5 March.

Anniversary: It is the 200th anniversary of the birth of author Charles Dickens on 7 February.

Other: 2012 is a leap year, with an extra day on 29 February. It was traditionally a day when women could propose to men rather than waiting for the man to do it.

Fashion: 20 years of Christian Louboutin shoes go on show at the Design Museum in London from 28 March until 1 July.

Theatre: Leonard Bernstein musical Wonderful Town opens at the Lowry in Salford on 31 March. Sweeney Todd, a dark musical about a barber who killed his customers to turn them into meat pies, opens at the Adelphi Theatre in London on 10 March.

Music: English group Florence And The Machine start touring round the UK with a concert at BIC in Bournemouth on 4 March.

Sculpture: 15 steel sculptures by Anthony Caro are being displayed at the front of the historic Chatsworth House in Derbyshire and round its Emperor Fountain between 28 March and 1 July.

Film: The Pirates! In An Adventure With Scientists, opens on 28 March. This is a British film from Aardman, makers of Wallace and Gromit.

Parades: St Patrick's Day is celebrated with parades in several UK cities on 17 March, including London and Nottingham.

Anything else? The clocks go forward to British Summer Time on the last Sunday in March.

Festivals: Glasgow International Festival has 130 artists showing work in 50 venues between 20 April and 7 May.

The World Shakespeare Festival, part of the Cultural Olympiad, opens on 23 April. Highlights include all-male productions at the Globe in London, performed as they would have been in Shakespeare's time, and Jonathan Pryce as King Lear at the Almeida in London, 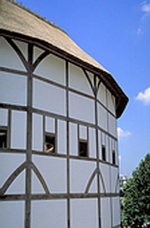 as well as 37 companies from all over the world taking part in the London-based Globe to Globe festival. Click here to find out more. The Beltane Fire Festival, with a procession of fire and drumming, takes place on 30 April in Calton Hill, Edinburgh, from 20:00.

Sport: The 158th annual Boat Race between Oxford and Cambridge Universities takes place on the River Thames on 7 April. The London Marathon takes over the city on 22 April. The Lochaber Marathon, the biggest in Scotland, is on 15 April. The Grand National horse race takes place at Aintree in Liverpool on 14 April.

Anniversaries: RMS Titanic sank after hitting an iceberg on its first voyage, between Southampton in the UK and New York. It sank in the early hours of April 15 1912, killing 1,517 people.

Fashion: Glamorous evening dresses, including those worn by Princess Diana and Bianca Jagger, go on show at the Victoria and Albert Museum in Ballgowns: British Glamour since 1950. The exhibition runs from 19 May until January 2013.

Architecture: The Shard in London, the tallest building in Western Europe, is due to be completed and it will be possible to see for 40 miles from its viewing galleries on a clear day.

Events: The Queen's Diamond Jubilee Pageant will be held at Windsor Castle

between 10-13 May. Tickets are limited but there will be full TV coverage. The Chelsea Flower Show is a must for people interested in gardens, open in London from 22-26 May.

Sport: One of the biggest football events of the season, the FA Cup Final, will be played on 5 May at Wembley Stadium in London.

Music: Glyndebourne, the opera house in the Sussex countryside, opens for the season on 20 May.

Public holidays: Early May Bank Holiday on 7 May.

Events: The Queen's Diamond Jubilee is celebrated with events from 2-5 June. These include a "big lunch" and a river regatta on the Thames of up to 1000 boats on 3 June, a concert and lighting of beacons on 4 June, and a church service and carriage procession on 5 June. There is a long public holiday weekend covering these dates. There is another (annual) Royal event on 16 June, Trooping The Colour, celebrating the Queen's birthday. This is held on the Horse Guards Parade in London.

Festivals: The London 2012 Festival opens on 21 June. Look out for professional performances of Shakespeare by Mark Rylance and a team of 50 actors round London from 21 June until September as part of the Olympic-celebrating Festival. The annual Meltdown Festival at the South Bank in London from 8-17 June is being curated by pop legend Ray Davies, and will celebrate the 60 anniversary of the post-war Festival of Britain.

Exhibitions: Japanese artist Yoko Ono's work is exhibited at the Serpentine Gallery in London from 19 June to 9 September.

Sport: Tennis takes over London as the Wimbledon tournament runs from 25 June to 8 July. The Euro 2012 football tournament runs from 8 June to 1 July: catch matches on the UK TV channels. The Henley Royal Regatta takes over the river from 27 June to 1 July. Royal Ascot is five days of racing, including Ladies Day (when women wear extraordinary hats) from 19-23 June. The Mountain Bike World Cup takes place in Fort William, Scotland, on 9 and 10 June. The Wales Marathon takes place on 10 June.

Dance: Dance GB brings together dance companies of England, Wales and Scotland for a triple bill inspired by the Olympic ideal of "faster, higher, stronger". The show runs at Glasgow's Theatre Royal 19-23 June, then the Wales Millennium Centre in Cardiff 28-30 June, and finally at the Old Royal Naval College in Greenwich, London on 4-8 July.

Classical music: There is a spectacular staging of two operas, Where The Wild Things Are and Higgledy Piggledy Pop at the Aldeburgh Festival in June and then at the London Barbican in October.

Public holidays: Late May bank holiday is on 4 June, and an additional holiday to mark the Queen's Golden Jubilee has been arranged for Tuesday 5 June.

Into July and beyond...

Music: Daniel Baremboim starts playing his way through Beethoven at the Royal Albert Hall in London from 27 July at the start of the Proms concerts, and the whole of the Ring cycle will be performed at the Royal Opera House in London from 24 September to 7 November. Rihanna's only confirmed British date for the year is at the Wireless Festival in London's Hyde Park on Sunday 8 July.

Dance: American choreographer Elizabeth Streb is known for creating very physically challenging dances. Every day in July, Streb and her dancers will be performing in extraordinary ways somewhere in London from daybreak until late at night.

Sport: The Olympics opens on 27 July and the British F1 Grand Prix will be held at Silverstone 6-8 July.

Events: Buckingham Palace opens for the summer on 3 July.